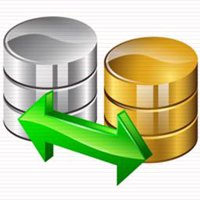 Data Replication is the process of transferring data from one location to another. A common scenario where Data Replication is useful would be when the source database is a non-standard database. For example some applications still use Btrieve or Pervasive as their databases. Both these technologies are old and could be considered by many even obsolete. By replicating the data into a more standard database such as Microsoft SQL Server or MySQL there may be several advantages such as better data analytic tools, faster performance, more seamless compatibility with other systems that already leverage one of these database.

Another reason to replicate data maybe if the data resides in cloud system where access to the data is limited and not accessible by common analytical and reporting tools such as Crystal Reports, Microsoft SQL Reporting Services, Excel, etc. Manually having to login to a website and incrementally export data and then import into something else is time consuming and inefficient. If a replication process could be implemented this would solve the cloud data delimma.

Ei Dynamics has several different methods for pulling data from various data sources and pushing the data elsewhere. The most common approach involves using Ei Dynamics’ Visual Data Integrator which utilizes a point and click interface to visually map data points between one database and another.

Data Synchronization is the process of keeping one or more data sources in sync. In other words, someone may make a change in one system and want that change reflected in another system and vice versa.

In this scenario, it would be ideal if as a job was entered into the construction management system and it was simultaneously added to the Time and Billing system. In many companies, the process of updating jobs between the two systems would be manual whereby after the job was added to one system the same job would have to be manually added to the other.

With Ei Dynamics business rules could be setup so that if a job were added in one system or the other the job could be added to the other system thereby eliminating the redundant data entry requirement. Additionally, the time entered into the Time and Billing system could also either be automatically pushed over to the construction management solution or a formatted as a CSV, XML or JSON file for import into the construction management software.

Data Transformation is the process of transforming and manipulating data from one data source to another. For example, data may be stored in one system as XML but needs to be stored in another system as JSON. Another scenario may be where a data point is stored as a number in one system but is stored as a string value in another. In both scenarios there is a need to transform the data from one format to another prior to bringing it into the alternate system.

With Ei Dynamics data can be transformed in virtually infinite ways. The advantage that Ei Dynamics offers is its simple graphical interface provides some very powerful tools to manipulate and transform data with very little effort or technical knowledge on behalf of the consultant or end user who is setting up the logic.